Skip to content
Home
How to
Do you need a PSD to vector converter every time? 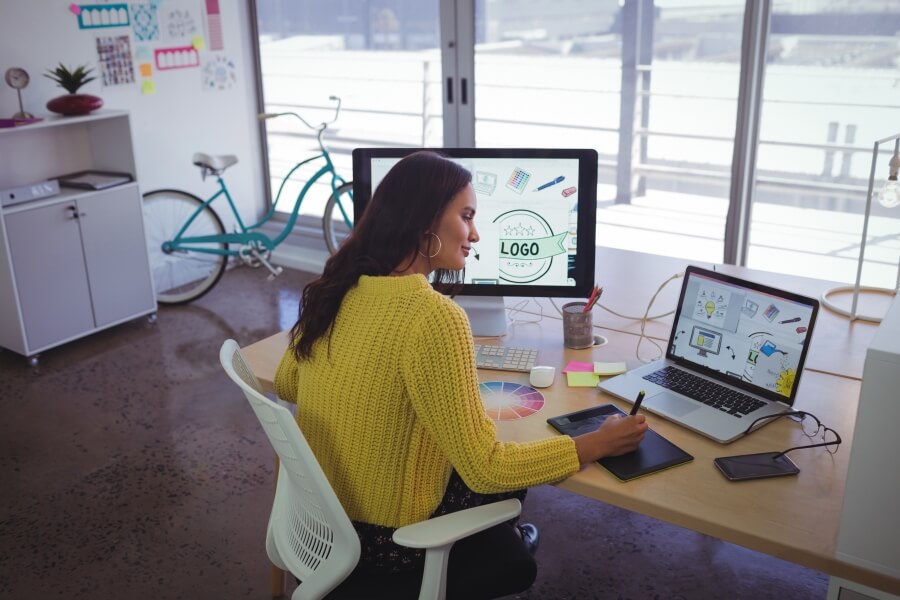 Every now and then, the wrong file format pops up and messes everything we have planned. Well, it’s probably not that dramatic, but you get the point?

Picture this: you want to surprise your best friend, cousin, or a significant other with a finely printed scrapbook – a little piece of art you made it yourself. You’ve got your favorite photos ready, and you’ve even upgraded them with the help of Photoshop. But, there is one problem, the guy in a printing shop wants all files delivered in a vector format. It’s not such a big deal, or is it?

Don’t you worry, we’re here to help. There are a few possible solutions that solve this problem. You can use different online tools and any available PSD to vector converter, but you can do that offline as well, using photo editing programs, both paid and unpaid ones. Luckily, we’re about to show you the perfect ways to convert PSD to vector.

Before we describe the whole procedure of file conversion, let’s talk about why you need to do it in the first place. For starters, let us explain the main difference between these files.

The PSD files are created by one of the most popular photo editing programs called Adobe Photoshop. They are mostly used for photos and known as bitmap or raster images. For any professional and amateur that’s striving to become a real pro, here is one useful fact – the PSD file represents an image that is a grid of colored pixels. Similar file formats to previously mentioned PSD are JPEG, BMP, and PNG.

Vector graphics, on the other hand, work on mathematical relationships between the points on an image. It allows users to scale vectors up or down in size without visible distortion. These types of files are perfect for designing logos, variable-sized flyers, cards, posters, and similar branding material. The most popular vector graphic formats are Adobe Illustrator’s AI files, SVG and Adobe EPS files.

So, if you want to implement a photo to the business identity or printed material, you have to change file formats using PSD to vector converter or do the conversion without it.

PSD to vector converter – an easy way out

The fastest and probably the easiest way to convert PDS to vector is by using an online PSD to vector converter. Most of them will guide you throughout a short three (or sometimes a few more) step process that converts your files.

The good news is that this way is super-fast. Plus, online converters are usually easy to use and quite safe as well. To most of them, you don’t even have to pay any fees or leave any of your personal information, which is another benefit of online tools. However, some converters require downloading additional plug-ins to work.

On the other hand, some conversions may move one or more elements of your file, and as a result, you’ll get a weird looking file and a bad mood. That’s why you should always choose trustworthy converters with good reviews.

Online PSD to vector converter – you can skip it sometimes

If you don’t trust in online tools and sending your files in a world of internet, there are different programs for you to use. The first one is Photoshop itself, but for this purpose, you can use Illustrator as well. Luckily, Adobe Creative Cloud has an impressive integration between its programs. It means that every file created in Photoshop can be opened and edited in Illustrator, which helps you a lot. But, the first thing’s first. Let’s start with converting PSD to vector in Photoshop.

Photoshop as PSD to vector converter

One way to turn a Photoshop file into a vector graphics is to export the layers as SVG or similar format from the same file category.

The PSD file can contain multiple layers, and it is a well-known thing. Each layer is an image or a part of the mage that can be overlaid with other layers. After you finished with your design and editing, you will probably merge the layers to create a final image. You can also export individual layers in an SVG extension or a format of your choice. In case you were wondering how it’s done, do the right-clicking on the chosen layer, click on an Export As option and pick a format for your file.

Congratulations, you have successfully exported the layers to vector format.

Illustrator as PSD to vector converter

Adobe Illustrator is a mighty tool that can help you convert any PSD file or some other raster-style image into a vector graphics format. How? Frankly, it is quite easy.

First, open Illustrator and import PSD file using the Open option in the File menu. You’ll have to choose between loading layers as separate objects and flattening them into one combined layer. After you’ve loaded the file, use the Image Trace button and convert the image into a vector.

You can also pick one out of several additional options, including the number of colors you want to include in the image. You can specify how detailed the image trace should be as well. It is up to you to find parameters that will make your file look good in a vector format.

All is left for you to do is save the image as an Adobe Illustrator file or export it in some other vector graphic format.