There is so much variety in video formats, which can confuse anyone about which one to pick. Sharing and playing video clips on different social networks and transferring them on mobile, PC, smart TV, etc. is easy and fast if you choose the correct video file format. To avoid confusion and choose the right video format you need, it would be preferable to know which video file formats there are and their characteristics. The most important features of video formats are its size, resolution, and compatibility. Compared with other files, documents, archives, etc., video files are much larger, and they continuously increase with a higher resolution on new devices.

Suppose you want to watch or edit a documentary, review scientific research, enjoy a sci-fi movie, or other high-resolution video files. You’ll want to know the correct video formats before you could play it on your device. Otherwise, you could lose a lot of time downloading videos and gain unnecessary frustration trying to play unrecognizable video file formats.

First, let’s dive into some basics to understanding what a video file is and then learn which the best video formats are and how to choose the right one.

Simply put, video file format is a container for audio, video, metadata such as subtitles, and, most importantly, codec. Each of these components has its role. Codecs compress and decompress video, audio, and other parts inside of the container and make your video file recognizable to the device you want to play it while container bonds them all together in one package. To have a working video file, you need all of its components.

There is a significant difference between video file extension and video and audio codec that it contains. Even though you recognize the extension of your video file, there could be an issue playing it because of the different audio and video codecs it may contain. There is a wide variety of codecs available with various algorithms for compressing video files.  If you get an invalid file format error with a video file format you played before without a glitch, this may be the reason.

The most common video file formats in use

To choose the appropriate video file format depending on your needs, you’ll need to know the advantages and disadvantages of most common video file formats in use today. Let’s start with the most popular video format that has extension MP4.

As one of the most popular digital video formats, MP4 has almost universal compatibility and a pretty great balance between file size and quality. Even though MPEG-4 Part 14 or MP4 was introduced in 2001 by The Moving Pictures Experts Group, most devices and digital platforms provide support for this format. MP4 video file format can contain video, audio, text, and even still images.

Apples QuickTime Movie file format or MOV can contain video, audio, text or subtitles, and other metadata. It is compatible with Mac OS Mojave and Windows 7 because of Quick Time Player has versions for these operating systems. The main feature of MOV files is that it supports high-resolution videos, which means that its file size is somewhat bigger than the MP4 file even though they use MPEG-4 codec. In the MOV file, you can have combined multiple audio and video files separately from each other.

MOV file format is compatible with most TV with USB port, social networks such as Facebook and Instagram (if MOV file is under 4 GB), etc. The most common devices you can find these formats are the iPhone and iPad. The most significant disadvantage of this video format is that because of the quality takes up more storage space.

Windows Media Video or WMV is one of Microsoft video formats with even better features than MP4 regarding file size and video quality. That is because a better compression algorithm makes WMV file size almost twice smaller while keeping the original quality compared to the MP4 file. Even though WMV file format is not native on Mac or Apple devices, installing Windows Media Player or other video player apps such as VLC, DivX Player, KMPlayer, MPlayer, etc. can sort out that issue.

WMV file is ideal for sharing on social networks, sending over e-mail, transferring on different devices, or streaming by radio stations, because of its small file size. Another advantage of this format is that YouTube and Google Drive also support WMV.

Flash Video or FLV is a container video format that uses Adobe Flash Player to stream digital video such as television shows, documentaries, news, etc. via the Internet.

Content of FLV can embed in SWF files too since its audio and video use the same codec. The most significant disadvantage of FLV format is that it requires a plug-in to play, limiting its use on mobile devices. The newest one of flash video formats is F4V, which has fewer limitations.

Besides this issue, FLV is quite popular and has full support for many video platforms such as YouTube and web browsers. Its size is slightly larger in comparison to the MP4 file format. Recommended video player for FLV is the best free app for reproducing video and audio files VLC media player.

Microsoft introduced AVI or Audio Video Interleave file format back in 1992. With minimal compression, AVI files can be considerably large, even a few GB per minute. It is possible to create AVI video with lossless compression that ensures video quality regardless of overtime use of the file.

As one of the earliest video formats, AVI is compatible with most operating systems such as Windows, Linux, Mac OS, web browsers, media playing apps, etc. Because of its size, AVI files are not suitable for streaming or sending, but if you intend to store high-quality video on your PC than AVI is the format for you.

Sony and Panasonic introduced the Advanced Video Codec High Definition or AVCHD video file format to support the capture of Blu-ray Disc® recordings and play on HDTV. Besides support for 3D video, AVCHD uses H.264/MPEG-4 compression to ensure small file size with the best quality. As a variant, AVCHD has a standard and high definition version.

Google introduced WebM in 2010 as an open-source video format that can follow the current technology trends and needs. Its purpose is to provide support for online video streaming on tablets, PCs, mobiles, smart TV, etc. Because you can use WebM with HTML5 and its codecs don’t require much computing power to compress and decompress files, this video format has little to none competitors in its field of operations.

WebM is natively supported in all major web browsers such as Mozilla Firefox, Opera, Google Chrome, etc. on Android mobiles and other smartphones.

There are multitudes of media players that support this format, and among these, the well-known apps are VLC media player, K-Multimedia Player, MPlayer, JRiver Media Center, etc.

MKV or Matroska Multimedia Container is also one of the open-sourced video formats which can have an unlimited number of audio, video, and subtitles in one single file. It is adaptive, meaning this format supports a multitude of video and audio formats.

Although there is one disadvantage to this universal video format and that is its incompatibility with well-known apps and devices. However, several apps can play this video format natively, such as VLC media player, XBMC, PotPlayer, etc. Among its supporters is Windows 10 that provides native support for MKV video format on its platform.

MPEG is another one of the video formats introduced by Moving Picture Experts Group that has full compatibility. It uses MPEG-1 or MPEG-2 file compression depending on its future use. MPEG-1 is suitable for movies on the Internet because it compresses the video to enable easy and fast streaming, but if you need higher resolution video than you should use MPEG-2.

OGG is another open-sourced media container format that was introduced and maintained by Xiph.Org Foundation. Name OGG is short for ogging, which is an expression from the game Netrek.

Its primary purpose and reason it was designed are to enable the most efficient online streaming and handling high-quality multimedia. As a container format, OGG files can include audio, video, text, and metadata.

How to choose the best video file format?

Depending on your needs, you’re going to want to use the right video format with just the appropriate balance of file size versus video quality. Here is a summary of most popular video formats and their main features that can help you decide which video format you need:

How to play the unsupported video formats on your iPhone, PC, tablet?

Another common issue when trying to play a video file, on your device, is the compatibility. Some video formats can be played on your PC, but when you transfer them to your mobile, you may encounter a problem. For example, iPhone users should know that their device supports only the following video formats M4V, MP4, and MOV.

One solution to compatibility issues is installing a third-party app that can play a video file. Another solution includes using a free online converter to convert video file to whatever video formats you need. For both options, here are the recommended suggestions.

The most popular free app that supports the most common video formats is the VLC media player. VideoLAN developed it as an alternative media player, but this powerful app is much more than that. Among its most essential features, there is support for most known codecs, small installation files, regular updates, ability to play HD, BlueRay, and MP4.

Suppose you don’t want to install new software on your device and need to watch your video in the shortest time possible than converter365.com is just what you need. No need to register or leave any personal information; this free online converter even provides the download link for converted files directly on the website. Visit Video Converter category to check out all video formats that this free tool supports. 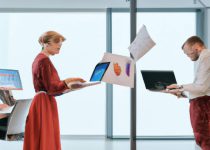