Image file formats can be sorted into two groups’ raster and vector. However, you’ll need more information than that to find the image format you need. If you want to print a high-quality image, post a picture on social media, create impressive animation, enter a photography competition, etc. there is an image format best suited for your needs, size, and quality-wise.

Choosing the right format can be easy and rewarding so that you’ll not get into a situation to lose information or consume all your memory space. Suppose you already have images in a file format that is not compatible with your operating system, or you received some image files, and you don’t know how to open them. In that case, you need a format converter that helps you the fastest way possible.

Using an image processing app to convert your image files to the desired format can be complicated. That is why free online converter365.com is an easy and quick solution. There is no registration, and you can download your converted files in just a few clicks directly on the website.

Building blocks of raster images are pixels, and they have an exact defined size based on resolution. If you try and stretch the raster image, you’ll get a distorted or blurred photo. Nevertheless, raster image file formats came before vector image type and, as such, have their purpose. The most important representatives of the raster image format are PNG, JPEG, TIFF, etc. Learn which raster file formats are the best and when to use them.

CompuServe first introduced GIF in 1987. Even though GIF files can contain one image and act as an image container, they can also be containers for multiple photos that can turn into animations with the appropriate decoder.

The main features of GIF format are small size, transparency, limited palette at 256 colors, secure for use on the web, lossless LZW compression, broad compatibility with most web browsers, image manipulating apps, etc.

The rising popularity of GIF animations on social media networks helped to prolong its usability.  It is much easier to create GIFs with many image processing apps, but also, various online tools can help you create GIFs in just a few clicks. Among the most popular free online tools for creating GIFs are Giphy, Imgur, Ezgif, Gifpal, etc. Also, there are many apps for photo editing that can open, edit, or create GIF file types such as GIMP, Adobe Photoshop, etc.

As its name suggests, HEIC format has a superior compression algorithm compared to JPEG. Picture taken in HEIC format has half the JPEG file size with maintained or even better image quality. The HEIC file can also store image or image sequences, and HEICs 16-bit tonal range is double the JPEGs 8-bit.

Even though The Moving Picture Experts Group introduced the HEIC format in 2015, this innovative file format had recently come into the spotlight when Apple decided to make it a default image format on iOS 11 and Mac OS High Sierra in 2017. Several big platforms provided support for this format since then, but there are still major compatibility issues with image processing apps, web browsers, etc.  That is why Apple left the option on iPhone with iOS 11 and later that allows its users to take pictures in most compatible, i.e., JPEG format.

Android Pie and Windows 10 joined the supporters of this format, and as it looks, HEIC might be the worthy successor of all-time favorite JPEG.

Ever since 1992, when the Joint Photographic Experts Group introduced JPEG, it had many advantages to be the most popular image format even now. That is why its compatibility with most devices, web services, apps, operating systems, etc. is not surprising. There are almost no image processing apps that can’t open JPG format. As the most popular image format, JPEG is present on social media networks, the web, most PCs, etc. You can open a file in this format, simply dragging it to a web browser such as Chrome, Mozilla Firefox, Opera, Microsoft Edge, etc..

Even though there are better image file formats concerning the compression algorithm, nothing beats JPGs universal compatibility.

The PNG format was initially created in 1996 by PNG Development Group as a replacement for a GIF with one major flaw, inability to support animations. Nevertheless, PNG found its place on the web because of its practicality. PNG is a lossless format, which means you can use it if you need a relatively small file with no quality loss.

As JPEG, PNG is also well supported as a digital image format, and compared to TIFF, it has a smaller file size but is larger than JPEG files. Also, PNG supports transparency, and it’s well adjusted for the screen.

TIFF is an open-sourced format that can maintain the image quality regardless of file type it contains, lossless or lossy. Aldus Corporation developed this format in 1986, but Adobe Inc. took it over in 1994. As the highest quality image format, TIFF is quite popular among graphic designers, artists, publishers, photographers, etc. TIFF is commonly used for printing, photo editing, scanning, and other purposes that require high-quality images.

Not only does TIFF support various compression techniques, but it also supports layers, multiple pages, and transparency. Although the one disadvantage of this digital image format is a large file size that can have a 300 PPI resolution, it is compatible with a lot of image processing apps. To edit the TIFF file type, you can use GIMP, Adobe Photoshop, etc. Even most web browsers support opening TIFF files.

WEBP is also a raster image format that Google launched in 2010. Because this is a new innovative image format, it has advanced lossless and lossy compression used primarily for the images on the web. The way lossless WEBP format compresses a photo is by reconstructing new pixels based on already seen image fragments. Its main advantage is smaller file size, up to 34% compared to PNG and JPEG with richer tones that allow them to load faster. Also, WEBP supports transparency.

Even though this is a relatively new image format, it has support on major web browsers such as Google Chrome, Firefox, Edge, Opera, etc. Also, Google has provided a conversion option to WEBP for most operating systems and APIs that are easy to integrate into code for dynamic conversion of uploaded images.

Even though RAW image file formats are not suitable for printing, their main advantage is that they save all data necessary for professional photo editing. Their advantage is non-destructive photo editing, easy correction of white balance, better-finished photo as a result, etc. Also, in some Photography competitions, these files serve as proof of ownership.

RAW files with all this data and high quality occupy a lot of storage space, and they are not suitable for transfer. Also, often it is necessary to have proprietary software from the camera brand to handle their files.

The SVG file type is XML-based, which means it can be opened and edited with either document or image processing software. If you need to create 2D images, graphics, logos, or iconic elements on a web page that you can enlarge and resize without any effect on image quality, then this is the format you want. World Wide Web created this format in 1999 as all in one vector format for web pages, web applications, web publishing, and other web-related uses that require interactivity and animation. Finally, SVG has some disadvantages as the inability to create color gradients and a lack of its compression method.

Also, SVG is an open standard, but it doesn’t have native support in leading photo processing apps. Some of the applications that can support this file type with the simple installation of a plug-in are Adobe Illustrator, CorelDRAW, Inkscape, GIMP, etc.

With Adobe Illustrator, you can create an AI file type. AI image format can store all changes and details on your image to correct or modify it later. If you want to create a drawing or a logo, on which you intend to do additional work, then this is the format for you.

The requirement is Adobe Illustrator, but you can open and edit AI files in other digital image processing programs with lesser options and other image file formats such as BMP. This vector format’s disadvantage is the file size, which gets enormous fast if you add a few high-resolution images and keep compatibility with PDF format.

PDF is an open standard vector image format that can store interactive elements, text, vector graphics, video, 3D media, etc. It is mostly used for screen or printing purposes because of its capability to save formatting regardless of operating system Windows or Mac OS or printer you use. Multiple apps can open PDF file types such as Foxit Reader, Adobe Acrobat Reader DC, Javelin PDF Reader, Nitro Reader, MuPDF, etc.

However, this format is not intended for further editing. There are ways to change small details in PDF file, but that is it. Also, PDF files can contain vector and raster image types and even interactive elements. As a universal format, PDF is frequently exported from other image file formats for printing, transferring, publication, and other purposes.

PSD is the default format for saving data in Photoshop. Among many options, PSD supports transparency, layers, ability to work with both raster and vector images, excellent for continuous image manipulation and re-saving, and many more. Although PSD can be large, its primary purpose is for editing pictures. Besides Adobe Photoshop, image editing apps that can be used to open and edit PSD files are Photopea, CorelDraw, GIMP, etc.

Whether you want to create a logo, take a professional shot, save pictures from a family gathering, you’ll need the right image format that best suits you. Compatibility between devices and operating systems when you are sending your images are hugely important. If you need to convert your images to other image file formats, a big help is a free online converter such as converter365.com. 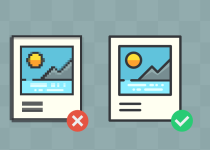